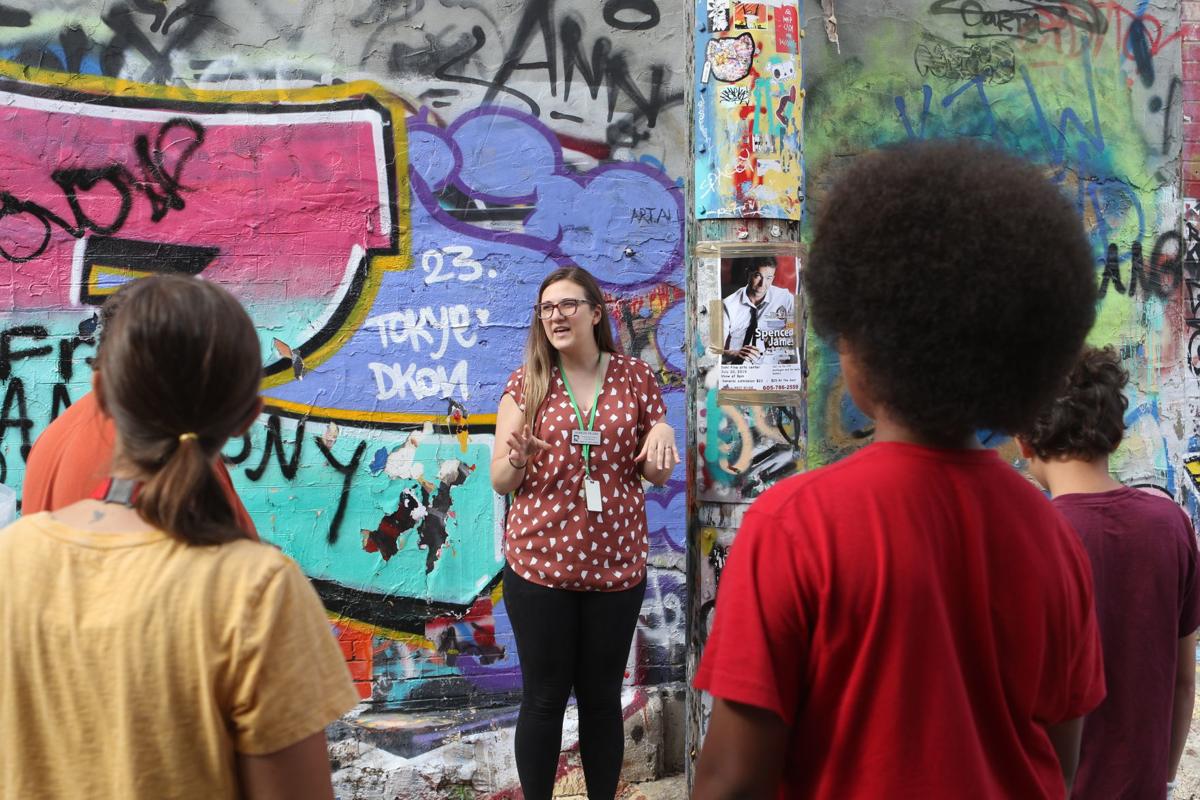 Ashlee Fears, communications coordinator for the Dahl Arts Center, explains the history of Art Alley to youth visiting from the WellFully care center as they prepare for a litter cleanup on Monday. 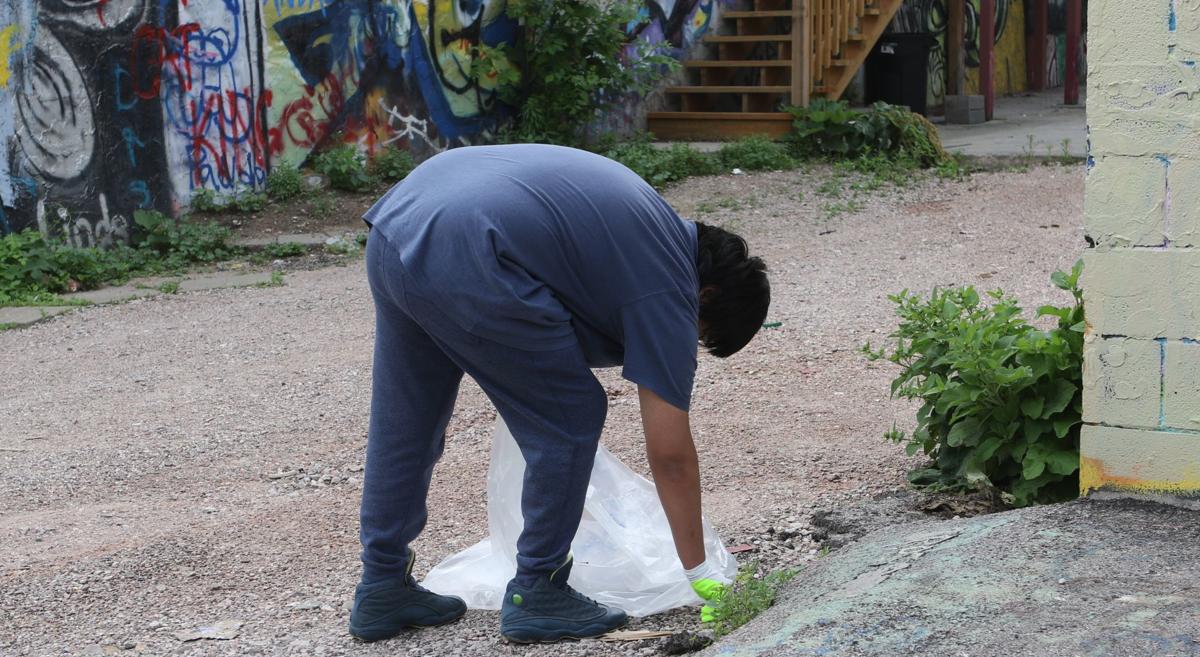 A youth staying at WellFully helps Monday to clear out cigarette butts, empty bottles and other litter from Art Alley.

Ashlee Fears, communications coordinator for the Dahl Arts Center, explains the history of Art Alley to youth visiting from the WellFully care center as they prepare for a litter cleanup on Monday.

A youth staying at WellFully helps Monday to clear out cigarette butts, empty bottles and other litter from Art Alley.

Crouching beside a small set of wooden steps in a Rapid City alleyway on Monday morning, a young boy spotted something that caught his eye.

"I found another one!" he called out.

Reaching a gloved hand underneath the stairs, he retrieved an empty plastic bottle and pitched it in the garbage bag that another child held open. Farther down the street, a handful of other children picked up cigarette butts, empty bottles and other litter that lay in Art Alley under the hazy morning sun.

To passersby, it may have looked like punishment. But for the kids, cleaning up the colorful alley that runs between 6th and 7th streets was a reward — a reward for good behavior.

The children came from the WellFully care center at 22 Waterloo St., where they live and where they receive counseling for behavioral health. Their names cannot be released because, for one reason or another, they are in the custody of the state Department of Social Services.

A nonprofit, WellFully has operated in Rapid City for 29 years and provides treatment services to youth ages 10-17 who face issues ranging from abuse and neglect to chemical dependency. The organization moved into its new facility at Waterloo St., the construction of which was funded in part by $1.25 million boost from the city’s Vision Fund, a $750,000 Vucurevich Foundation grant and other donations, in November.

Continue reading your article with a digital subscription.
Already a subscriber? Log in or Activate your account.
Loading&hellp

Thanks for being a subscriber.

You have free articles remaining.

Standing in Art Alley on Monday, Kim Hitzemann, a counselor at WellFully, said children leaped to volunteer for the cleanup excursion. She got the idea from her mother, Caroline Sharp, who owns the Tinder Box cigar lounge nearby.

Sharp said she had taken note of the litter left behind in the alley and thought to contact her daughter sensing a potential community service project.

"They love to have something to do and I thought they might enjoy seeing Art Alley," she said.

As part of their trip, the children learned about the origin of some of the art work in the alley from Ashlee Fears, communications coordinator at the Dahl Arts Center. The Dahl acts as steward of the public art project, which began in 2005, and handles the permitting process for artists who wish to paint there.

Cleanup took about an hour and culminated with lunch that Sharp provided.

Get the latest local news delivered daily directly to your inbox!

Could you pass a US civics test?

15% off plumbing services for active military and veterans from Patriot Plumbing. 605-391-3320

Get up-to-the-minute news sent straight to your device.